The first event in a reactivation of the BodyBuilding Project took place at the Baltic Circle Festival in November 2014, performing an introduction to our general approach and some intitial exercises towards finding bodies for the future. In 2015, we will set up a durational performance installation and a series of events at Galleria Augusta on Suomenlinna Island in Helsinki as part of Frontiers in Retreat, a five-year project coordinated by HIAP.

Work from a 3-week residency aimed at developing a participatory movement form to address the global climate crisis by potentiating our organismic capacity to respond.

Captures theory, method, results and conclusions of The BodyBuilding Project.

The BodyBuilding Project is a somatics-focused arts initiative to address the global climate crisis. Our aim is to evolve and deploy a mode of artistic address that will effectively speak urgent reason in the body’s language. During our residency at the Watermill Center, we conducted intensive conceptual bodily research into themes of panic and inaction in the context of our current urgencies. From this we worked to fashion a new movement form (analogous to an issue-specific Tai Chi exercise or Yoga position) that will assist its practitioners in dissolving the barriers of rationalization and inhibition with a priceless new skill: the ability to activate human emergency response mechanisms on a voluntary basis.

Concluding the residency was a public picnic event involving movement, performance lecturing, participatory actions and an extensive exhibition of research materials and artwork.

During a three-week residency we propose to research and develop a participatory movement experience in response to the world’s climate crisis. Through intensive conceptual and bodily research into themes of panic and inaction, we will work to evolve a movement form that will assist its practioners in activat ing their emergency response mechanisms on a voluntary basis.

At its most basic, this form will consist of simple, vigorous gestures that both symbolize and minimally activate a salutory panic response. Its clumsy working title: “The Composure-Panic Immediate Activation Exercise”. A sort of issue-specific Tai Chi or Qi Gong, the form will function both as a regular mental/physical training exercise that can be practiced and transmitted privately, and as the basis for a participatory performance spectacle to raise awareness of the urgency of our situation and encourage people (through muscular/physiological sensation rather than words or images) to take action. When the form has been more fully developed, it will be promoted locally in Helsinki and New York, both for its own meditative / motivational value, and as a polemical “movement meme” against inaction.

(photos and drawings by or with Saara Hannula, based on work with Alan Prohm, Daria Fain and Robert Kocik) 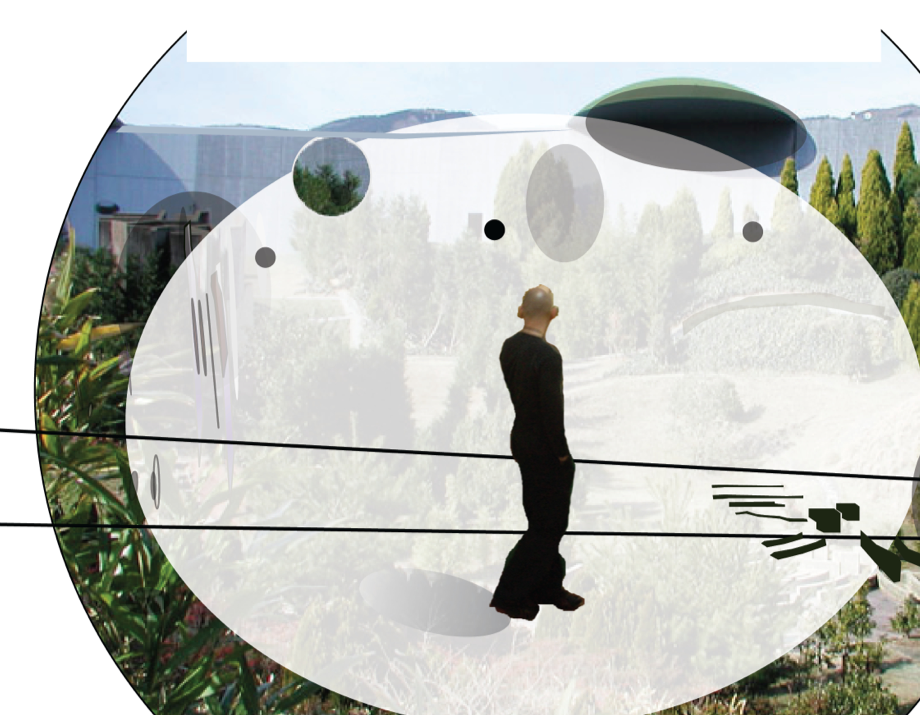